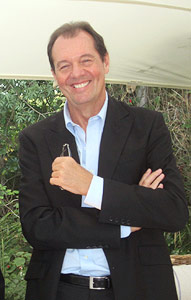 “We endeavor at all times to do treatment as conservatively as possible and in such a way that the patient leaves with their dignity intact.”

Dr van Heerden qualified as a dentist in 1977 at the University of Pretoria. After working in London for some years, he returned to Cape Town to specialise in periodontics and oral medicine. He completed his four year specialist training in 1985 at the University of Stellenbosch and has been in private practice ever since.

He has been involved in local dental politics since 1986 and was President of the Dental Association of the Western Cape in 1996/1997 and 2005/2006. He chaired the local Dental Association Ethical Committee as well as the programme committee for many years.

Dr van Heerden was President of the Periodontal Society of the Western Cape for ten years. He has been on the National Executive Committee of the South African Society of Periodontology since 1990 and was National President in 1994-1995 as well as 2002-2003.

He was a speaker at the World Implant Congress in Las Vegas in 2007.

Training
He is the founder and convenor of the Cavendish Implant Training Centre in Claremont, Cape Town.

Other interests
Dr van Heerden was the founder and managing director of Health Cred, the first patient finance system.

Dr van Heerden has placed approx. 15 000 implants and has been involved in the field of implantology for the past 25 years.