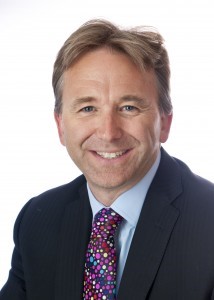 Michael Ash BSc (Hons). DO. ND. F.Dip ION mIOD began in clinical practice in 1982 when he founded the Eldon Health Clinic. An Osteopath, Naturopath and Nutritional Therapist he has embraced the evolving culture of integrative medicine and has been a representative pioneer of the principles, philosophy and practice of functional medicine within the UK.

During his 25 years of full time clinical practice he developed health and function improving strategies for elite athletes, patients with metabolic problems, immune disturbances and gastrointestinal health problems as well as many other diverse health disturbances.

Since 1999 he has researched, lectured, published and studied on the mucosal immune system within the gastrointestinal tract and its effect on the health of the body.  During this time he has pioneered nutrition based immunotherapeutics and has developed a special interest in patients with autism, neurodevelopmental problems, functional bowel problems and recurrent pregnancy loss associated with immune disruption.

He sold his clinic in 2006 and retired from full time practice in 2007 to concentrate on research and clinical strategies. Michael lectures regularly both nationally and internationally.  He devises clinical strategies and develops and tests the hypothesis as well as supporting many individuals seeking optimal health.

He is also Managing Director and Head of Research and Development of Nutri-Link Ltd a supplement distribution and post graduate education company where he works on strategic developments and extensive educational projects including the www.clinicaleducation.org web site.

Michael is also the contributing editor for the magazine CAM.