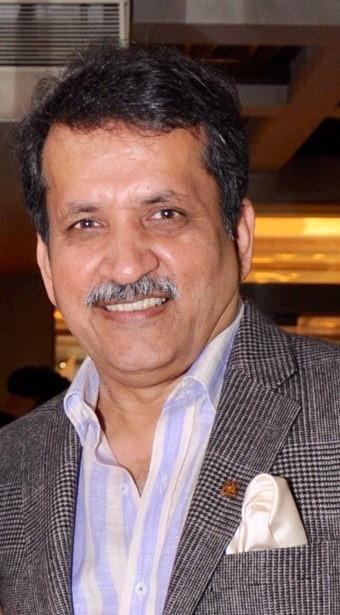 Renowned for Designer Smiles, he has won many a laurels for the country at the Miss World and Miss Universe Beauty pageants 20 years. For him, creating aesthetically pleasing smiles is a passion.

Prof. Dr. Mayekar is dynamic, talented and a visionary. He introduced aesthetic and cosmetic dentistry in India in 1988 and is the Founder President of the Indian Academy of Aesthetic and Cosmetic Dentistry established in 1991. His commitment, dedication and an un-quenching desire to learn takes him all over the world acquiring new knowledge and learning newer concepts in science and technology. A Fellowship of the American Academy of Esthetic Dentistry, he is the first Indian to be elected  the President of Asian Academy of Aesthetic Dentistry. It is a significant achievement for a man of varied successful accomplishments. He also has the distinction of being the first and the only Indian to have acquired Masters in Science in Temporomandibular Disorders and Orofacial Pain from Tufts University, Boston, USA.

The urge to teach enthuse Dr. Mayekar to devote his untiring energy and valuable time to update and educate the dental fraternity in the country and abroad. His name and fame has zoomed beyond the national frontiers. He features in all the prestigious conferences related to aesthetic and cosmetic dentistry as an invited speaker. He is an adjunct professor at UMDNJ, New Jersey, USA and a visiting faculty at State University of New York at Buffalo, USA. He has been a faculty at the Government Dental College & Hospital, Mumbai and Padmashree Dr. D.Y.Patil Dental College & Hospital, Navi Mumbai, India . He is an Honorary Consultant and Advisor to the Armed Forces Medical Services, Government of India and a Senior Consultant to Colgate Palmolive India.

His achievements are numerous and accomplishments, several. Since college days, he has been actively involved with the Indian Dental Association as President, Honorary Secretary, Organizing Secretary, etc. As Convenor of the IDA Seal Committee, he introduced the IDA Seal in India. He was a member of the Senate in the University of   Mumbai. He has the distinction of being twice nominated to the Dental Council of India by the Government of Maharashtra and was privileged to serve as Member of the Executive Committee of the Dental Council of India for 3 years. He was the Editor of the Journal of Indian Dental Association. Currently, he is a Member of the Editorial Board of Clinical Research Associates, USA. He also writes for national and international publications.

He is a researcher and serves on the Editorial Board of REALITY, USA the most sought-after reference manual for practising dentists in the world. His original research “Nuclear Magnetic Resonance as a New Tool for detecting pre-cancerous and cancerous lesions in 1980 won him much acclaim. He has conducted several clinical trials on tooth paste and tooth brushes for reputed companies including a research study on 5000 school children for caries control, a 3-year study on tooth paste in 1998-2000, clinical trials for tooth brushes and toothpastes in 1995-1996 and in 1991-1992 for Colgate Palmolive USA.  His association with several companies as a consultant has been commendable.

Dr. Sandesh Mayekar has set many a trends. Through several endeavors like Indian Institute of Continuing Education & Research, ENCODE and Indian Academy of Craniofacial Aesthetics, he has been successful in taking dentistry to higher echelons of excellence in the country. His extensive knowledge and expertise in dentistry and exemplary leadership qualities have earned him much acclaim in India and abroad.