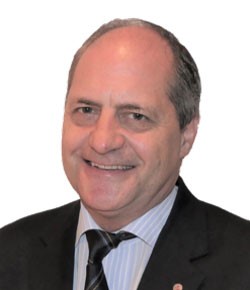 Dale Howes is the Professor and Head of the Department of Oral Rehabilitation at the University of the Witwatersrand and in part-time private prosthodontic practice at Morningside MediClinic, Johannesburg, South Africa.

His Department consists of the divisions of fixed and removable Prosthodontics; Maxillofacial Prosthodontics; Dental Neuroscience – including pain, craniomandibular disorders and sleep medicine; and postgraduate Endodontics.

He has been awarded fellowships from the Colleges of Medicine of South Africa and the International College of Dentists serving as the regional Vice Regent.

He is a past president of the Academy of Prosthodontics of South Africa (APSA), and founder member of the P-I Brånemark Institute of South Africa as well as the Face Value Foundation Trust, a Public Benefit Organisation. This PBO is dedicated to enhancing head and neck treatment and rehabilitation through comprehensive multidisciplinary care, research and education.

He was also awarded the Premier Award of the South African Dental Association (2016) and the I.Y. Sendulskogo Commemorative Medal of the Russian Partnership of Head and Neck Oncology Specialists for Outstanding Achievements in Medicine (2015). Other awards include ‘Best Presentation’ at both the Nobel Biocare World Congress (2003) and the Academy of Osseointegration Boston (2008).

He supervises Masters and PhD projects, has been an external examiner nationally and internationally, as well as publishing research and book chapters in fields including head and neck cancer rehabilitation, occlusion and biomechanics.

He has delivered International Invited or Keynote presentations to: